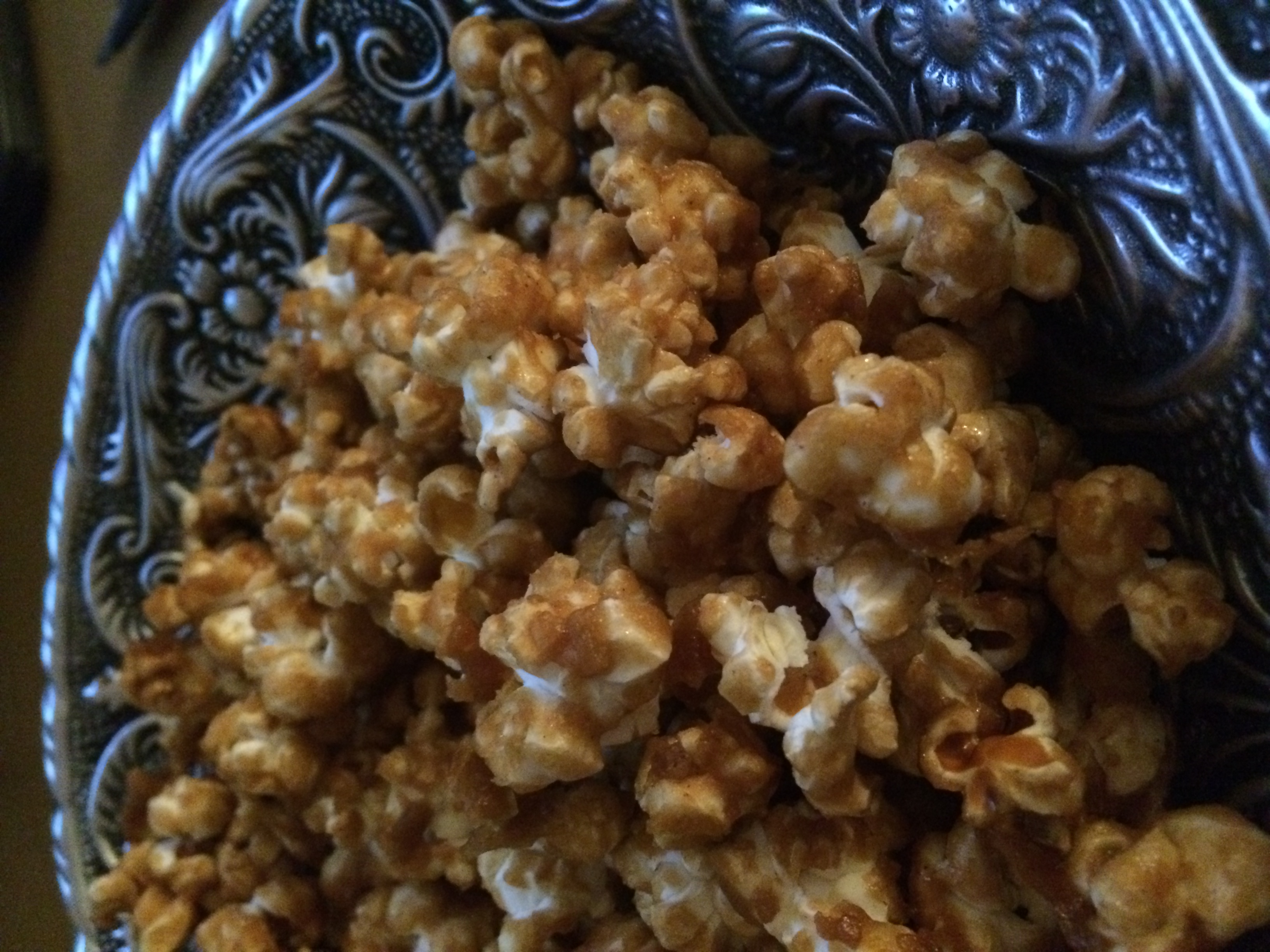 Let’s chat about popcorn, or, more specifically, this recipe for Vanilla Cinnamon Caramel Popcorn. One of my favorite dinners is wine and popcorn. (Don’t tell The Boy, he doesn’t consider it a “meal”). I love popcorn on movie nights, and I’ve even gone so far as to go to a movie theater simply for a bag of popcorn to go. Is that weird? I’m gonna go with no.

The most exciting part of any festival, fair, or carnival, the kettle corn booth. Tell me I’m wrong. Well, don’t because I’m not wrong, and I don’t want to end of thinking less of you for disagreeing about something as minor as kettle corn.

Caramel popcorn is the perfect snack, but I wanted this recipe to be a little more robust than traditional caramel corn, so I added some vanilla and cinnamon. I wanted something that would be yummy on a road trip and perfect for fall or winter. To be fair and honest, this recipe was the inspiration for my version.

This is a very simple recipe, and it’s packed with flavor, but the cinnamon and vanilla can both be, “to taste”, so feel free to ignore the amount I listed in the recipe if you’d like to make it your own. However, I implore you to use a high-quality vanilla extract to get the best flavor. I know vanilla is expensive, but there’s no replacing the flavor of real vanilla. Artificial extract is made of vanillin which is actually a tree bark, and it doesn’t quite line up. Plus, imho, the artificial stuff has a plastic-y aftertaste.

This stuff is seriously amazing. The Boy and I already ate our batch.