I absolutely love Valentine’s Day.  I also hate those lame people who get all sensitive about it.  Or worse, those people who get pissy and say it’s a holiday created by greeting card and candy companies.  I would like to point out that all holidays are supported indirectly by some corporation, so shut the hell up.  I love the opportunity to show The Boy how much I love him.  I show him with small things every chance I can, but this day is special and I enjoy making him feel special.

I bought him a bag of mini Reese’s cups because that’s his favorite candy and a sweet card where I tell him he’s just super fantastic and I love him.  I put those in Truck Norris (his truck) so he would be surprised in the morning.  I’m adorable, I know.  But, I also made him Stud Muffins!

Do you want something more than just my honest Valentine’s Day Cards to tell your lover you love him or her?  Try these muffins.  Everyone likes muffins because they’re just like cupcakes but with less guilt.

Not just because he’s a stud, but because they’re exactly what I want in a man: rich, sweet, and with beer.  Recipe follows!

3/4 cup beer (I recommend a stout or wheat beer to compliment the chocolate and sweetness of the cherries.  I used Sam Adams Cherry Wheat)

2. Coarsely chop the dried cherries and put them in a bowl.  Add the beer and let them soak.  Mmmm beer marinade.

4. Beat eggs, milk, and vanilla in a separate bowl.

5. Slowly add the butter and chocolate to the egg mixture and stir to combine.  Then add the beer from the cherries.

6. Make a well in the middle of the dry ingredients and pour the egg mixture in.  Immediately stir all ingredients until just combined. (Be careful not to over stir).

7. Fold in the remaining chocolate chips and cherries.

8. Either spray your muffin pan with baking spray (the stuff with the flour on it) or line them with cupcake liners.  Fill them 2/3-3/4 full.

9. Bake for 20 minutes or until a toothpick can be inserted and removed cleanly. 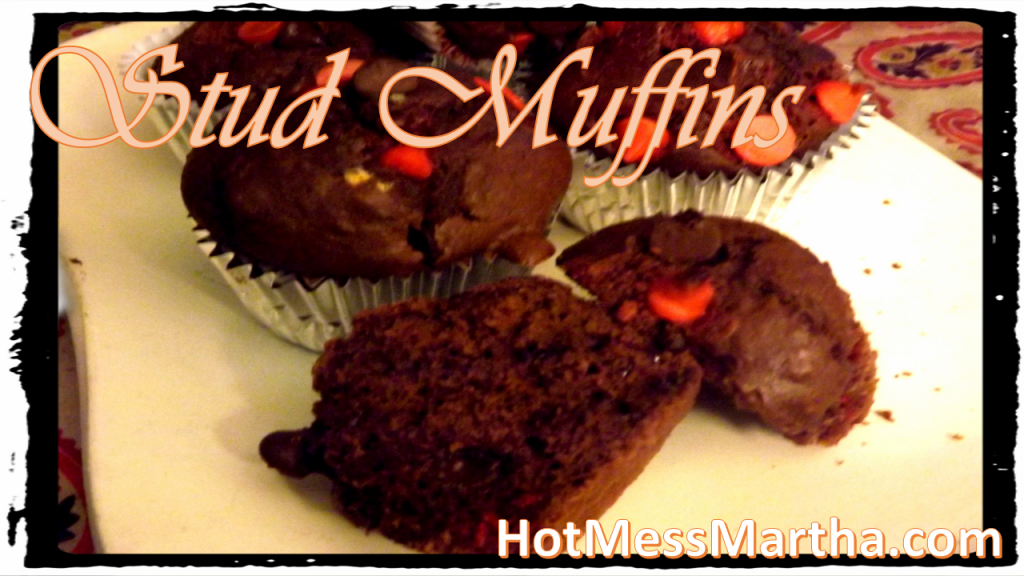